‘The Prescot Watch’ on the dial.

Recently I was contacted by Jayne Waterworth.  Robert Pownall was her  Great Grandfather ( 1857-1937), and a watchmaker, jeweller & optician in Prescot.  Subsequently Jayne sent me the photograph of Robert, below,  together with a photograph of him (we presume it is Robert on the right) standing outside his shop with a colleague.  What a find!

In Slaters Trade Directory 1895 for St. Helens it lists a ‘Pownall Robert Watch Maker & Jeweller at 141 Westfield Street’.  Jayne believes this is the shop in the photograph below.

Whilst unfortunately at this stage we don’t have the date, nor title information, a cutting from a local newspaper discovered by Jayne, reads:

“WIDNES A man named Thomas Sharpe, a watchmaker, was summoned by Mr.  Thomas Wm Prescott for assaulting him.  It was stated that up to Saturday last defendant had been employed by Mr Pownall, who is a watch manufacturer, and has shops in Widnes and St. Helens.  Defendant was employed at the Widnes shop and complainant at the St. Helens shop.  On Saturday last Mr Pownall had cause to discharge Sharpe, and since then the complainant had managed the shop.  Defendant expressed jealously at Prescott taking his place, and thereupon assaulted him.  The above was corroborated by complainant and other witnesses.  Defendant who pleaded not guilty, was bound over, himself in £10 and two sureties in £5, to keep the peace for two months, or in default go to jail for 14 days.”

I suspect it all throws some light on the ‘Prescot St.Helens & Widnes’ wording on the movement:  Robert born in Prescot, had the title ‘Pownall from Prescot’ signage over his two shops in St.Helens and Widnes.

Photographs of Robert and his shop, published with kind permission from Jayne Waterworth. 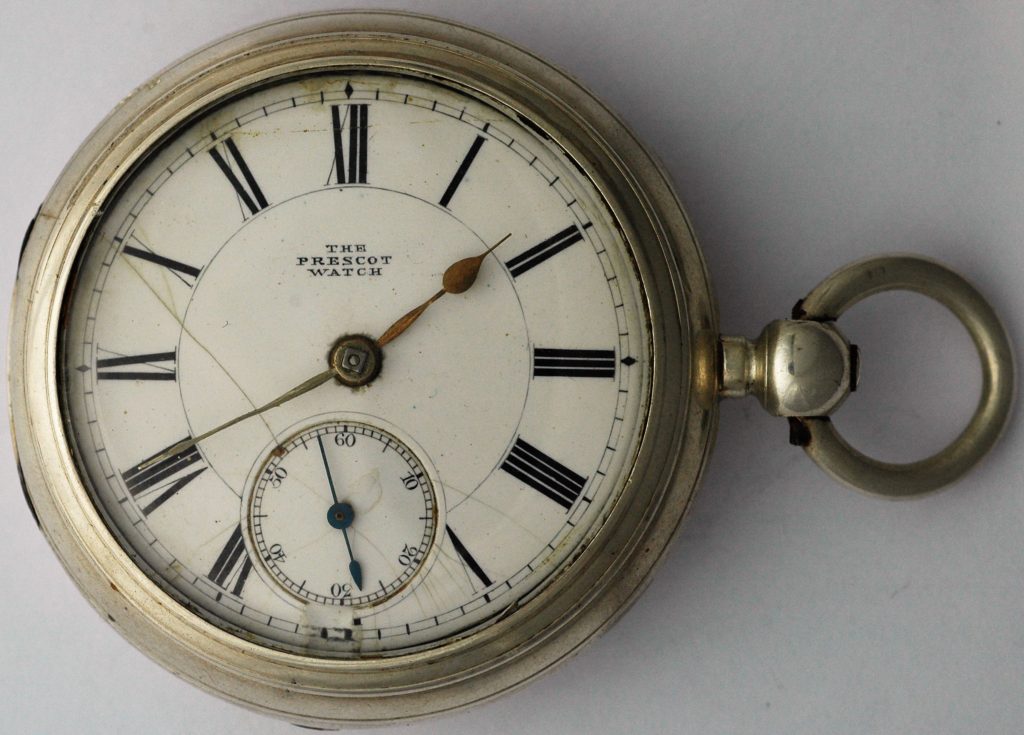 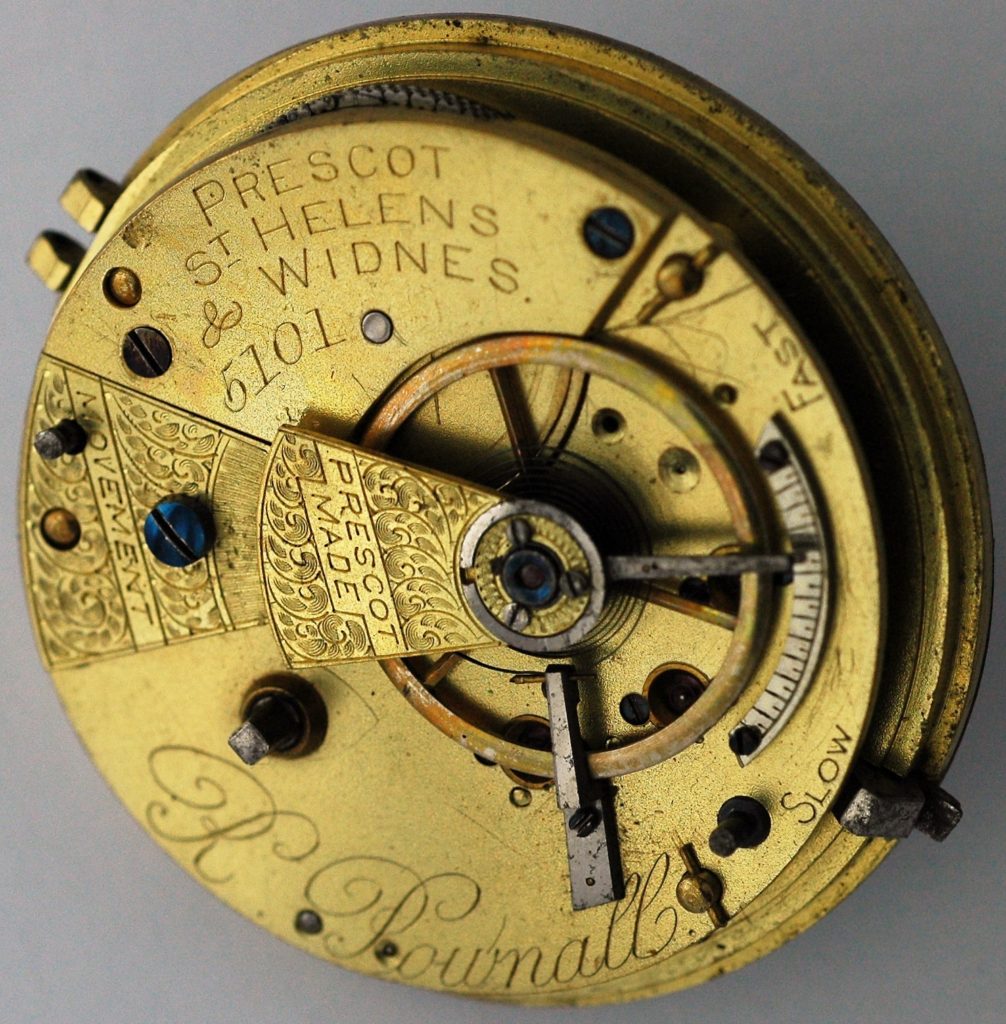 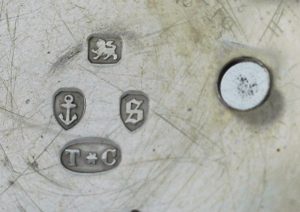 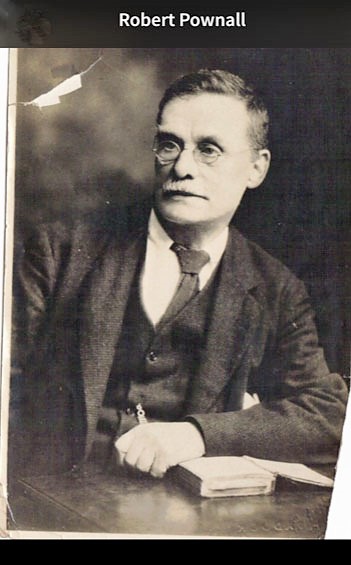 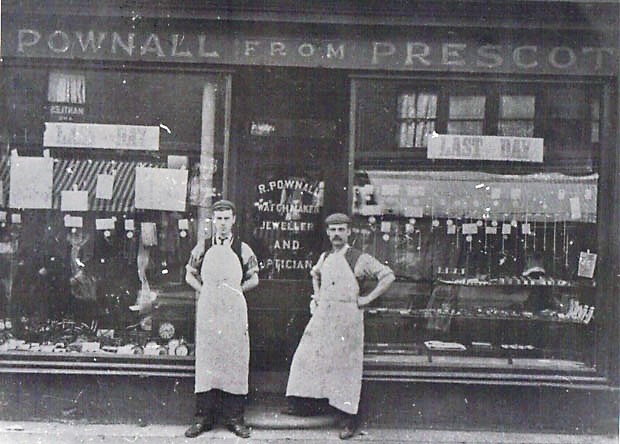